The Pioneer Baptist Preacher: The Life, Labors, and Character of Lewis Craig

In the decade prior to America declaring independence from England, the Virginia colony persecuted, prosecuted, and abused over thirty Baptist ministers. One of the first preachers hauled before the court was Lewis Craig (1737-1825). While on trial, Craig preached Christ launching the Baptist fight for religious liberty in Virginia. Years later he would migrate to Kentucky and become a prominent pastor and church planter.

This volume tells the story of this pioneer Baptist preacher from his struggle for liberty in the Old Dominion to his pastoral work in the Bluegrass. First published in 1910, Lewis Thompson offers the only full biography available. This volume has updated Thompson’s original volume with additional information.

The Traveling Church: An Account of the Baptist Exodus From Virginia to Kentucky in 1781 Under the Leadership of Rev. Lewis Craig and Captain William Ellis

Originally published in 1891, George Washington Ranck tells the story of how a band of Separate Baptists in Virginia at the height of the Revolutionary War fled the state in favor of Kentucky in search for religious liberty after more than a decade of persecution and harassment from the state church. As a result of their exodus, some of the first churches in Kentucky were established. 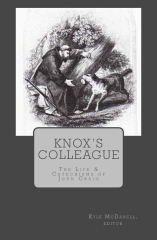 Knox’s Colleague: The Life and Catechisms of John Craig

Martin Luther had his Philip Melanchthon. Ulrich Zwingli had his Heinrich Bullinger. John Calvin had his Theodore Beza. John Knox had his John Craig. Of these leading 16th century Protestant Reformers and their most prominent colleagues, John Craig of Scotland is the least known but his influence is not insignificant.

John Craig (1512-1600) was an almost-martyr who converted to Protestantism in the backyard of the Pope and who, along with John Knox and others, helped reform the Scottish Kirk. Knox famously made the queen cry, but it was Craig who brought the king to tears.

His greatest legacy centers on his large (1581) and small catechisms (1590). These catechisms shaped Scottish theology for generations and was only replaced later by the Westminister Confession.

This volume surveys the life and catechisms of this great reformer. With Knox, Craig helped reform the Scottish Kirk through pen and pulpit. History has almost forgotten this great minister of the gospel. We dare not let that happen. 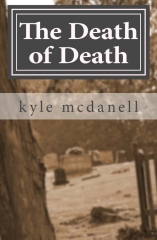 The Death of Death: Engaging the Culture of Death With the Gospel of Christ

How should Christians think and engage the culture of death we now live in? Every day new challenges regarding abortion, euthanasia, infanticide, eugenics, and biotechnology force Christians to consider the conclusions of Christian theology and how to minister to those who are hurting. Typically, Christians articulate what they are against, but rarely show how the gospel offers a better way. This book seeks not only to help the average believer understand the many challenges of the culture of death, but also to show how the gospel informs our Christian worldview and how it offers hope even in a culture of blood like ours. Being a pro-life Christian means more than just voting for pro-life candidates and supporting pro-life causes. A pro-life Christian must also show the world the power of the gospel, the love of the Father, the peace of Christ, and the beauty of the local church. Christians must not just condemn the culture, but offer the grace of Christ that touches the lives of those in the culture. It is a call to understand the challenges of the culture of death and, at the same time, a call for Christians to actively seek the end of this culture that is consumed with blood.

Logizomai: A Reasonable Faith in an Unreasonable World

Logizomai is the Greek word meaning “to reckon,” or “to reason.” The Apostle John identifies Jesus as the “Logos” (John 1:1, 14)-the Divine Word. To most Christians in the West today, Christianity is nothing more than a duty, a feeling, a name badge, or something one does on Sunday’s. But Christianity is more than that. Christianity is a complete worldview that makes sense of the world. A right theology results in a right understanding of the world and the gospel is that right theology. The Church is sick because she is shallow. What we need is a logizomai faith-a reasonable faith. Such a reasonable faith encounters hardships with perseverance, animosity with love, and evangelism with Spirit-filled skill. Most refuse to share their faith because they don’t understand it and are unable to articulate it. If Christianity is logizomai, then the issues we face today present no real challenge. We must, therefore, learn to apply the truths of the gospel to our dying, hurting world. To do so, we must have reason, rooted in the gospel and inspired by the cross.

“We live in a world of information overload. The internet has given rise to millions of voices clamoring for attention, leading to massive confusion regarding the truth. Kyle McDanell is a thoughtful blogger who speaks forcefully and clearly in this world of internet noise. Over and over again, he goes right to the heart of the matter, illuminating current issues through the lens of biblical truth.”
—Trevin Wax, author of Holy Subversion: Allegiance to Christ in an Age of Rivals